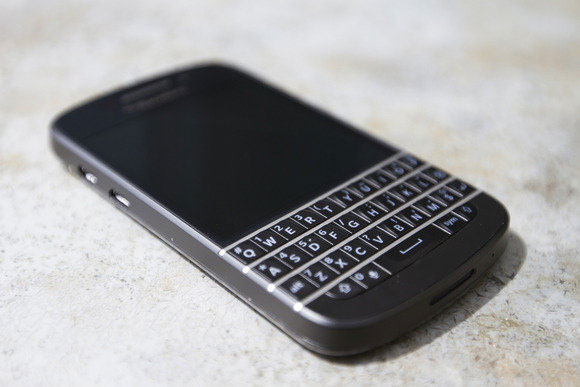 I know, I know — Blackberry??? Do they still make these?


I LOVE my Blackberry. I refuse to change to a different type of phone. Ever. (Well, maybe apart from other newer Berries)


Before you poise your fingers to leave a taunting comment, let me tell you, I’ve heard it all. There isn’t a Blackberry user left on the planet that hasn’t been ridiculed. We get it: you’re cooler than us.


But I don’t care how cool Android is. Or how cool iPhone once was. Blackberry was never cool and I don’t care.


I’ve been a BlackBerry user for a good 8-9 years now. Despite I had a number of other phones (from iPhone, Samsung to Lenovo) in my hand I still think that Blackberry Q10 is a competitive product on the market. I’ll be looking at it from my own professional perspective as web designer.


I value privacy and security the most. There is a lot of negativity directed at BlackBerry phone and most of it is aesthetic in nature. Yes, BB is an older generation phone and it’s not the prettiest one. Nonetheless, it gets the job done.


Before I start praising it, I’d like to share my thoughts on why it stays behind and what features would make it even better. Well, let’s face it, in rapidly expanding world of technology, even a two years old gadget feels like dated and obsolete.

Although 720×720px is not too bad it does not make the phone ideal for media consumption. The overall phone design is well balanced and everything seems to be in the right place however operating internet browser is a little more cumbersome than using Apple iPhone or Samsung Galaxy.

The choice of apps is significantly smaller than what Android or IOS market has to offer. You can still get by in most cases. The major apps such as: WhatsApp, Skype, Slack or Uber are still there and these are the one that I’ve been using for 80% of time.


The BB Q10 OS is still supported and gets improved over the time however it’s not that polished and matured as IOS or Android.


Oh, no Angry Birds at BlackBerry… But I don’t use a phone to play games — PS4 is a better tool for the job.

Yeah, this one is fun on BB although it’s not going to boost your productivity in any meaningful way yet in comparison to Siri.


By the way, the BlackBerry KeyOne is a brand new phone released early this year. It’s a whole different level than Q10 and it sort’s out many issues that people’ve been complaining about in either previous BB phones or when comparing it to other brands. Check out this video to find out more:

Hardware-wise — It’s still a little faster than the iPhone despite it’s nearly two years older (1.5Ghz & 2GB RAM vs 1.2Ghz &1GB RAM). Not to brag about it too much as it doesn’t make a huge difference in the user experience. These phones are both very fast.


Keyboard: 9 out of 10 blackberry users will site this as their favourite feature. A keyboard is awesome, particularly since the reason I want my smartphone is for email. Sure I do a bit of texting, but I’m an email junkie. It’s my favourite way to communicate, and with my trusty Blackberry, I can write paragraph long emails in seconds.


I tried doing this with an iPhone, but my sausage fingers made the process 8 times longer.

It happened to me one day at work when my colleague smiled with relief when she saw me with my Blackberry, because she needed a power cord (Blackberries and Androids can use the same power cord). I almost beamed at her as I told her that I never carry my power cord – I simply don’t need it.

It’s ridiculous how every coffee shop, library, common room, and office area is lousy with phones charging, as if this is a perfectly natural thing. Apparently, that’s okay now? Certainly not to a Blackberry owner.

BB Q10 battery holds longer than average smartphone. Mine tends to be charged once every 1-2 days and I use browser, twitter and camera quite often. Oh, on the contrary to the iPhone you can replace the battery if you are going for a longer business trip. They are about £5 – £6 each. And yeah, I know about power banks..

The BB Hub – Aggregate everything

One of the best features of the BB10 OS is the BlackBerry 10 Hub, which beats anything in the market to the date. I have IOS and Android devices available to me at any time for testing, but to compare the way BB10 handles all your communication needs to those of IOS and Android, there really is no comparison.


When you are able to slide your thumb over, you can see all your updates in one spot and then go right back into whatever app you are using at that time without having to close that app, there is no better way to do it. BlackBerry has developed a system that lets you literally “Keep Moving“ without missing a beat.

Multitasking on BB is one of the best in the smartphone ever. It’s really powerful. You can watch youtube videos while doing other things.


The multitasking interface is really clean and easy to use. You can see the mini representation of all the apps running in the background. Any app can be instantly minimized with the swipe up gesture and is then accessible as a small tile on a separate screen.


You can then go back to any app you minimized by simply tapping on its tile or choose to close it properly by tapping the ‘x’ in its title bar.


Moreover, multitasking is quite smooth and I have personally experienced no noticeable lag whatsoever, even when multitasking between several different apps.


Even Android users are amazed by it.

With BlackBerry 10.3 it is EVEN easier to install Android applications on your BlackBerry Q10 because all the .BAR converting is done on device, saving you oodles of time. This is a brand new feature of BB10.3 and the long and short of this new ability is this: access to Google Play.


All you need to do is download SNAP and you’re away. That’s it. Simple –– and it also pretty much solves the whole app-gap problem, too.


By the way, here is a great (again subjective) comparison of android vs blackberry phones. 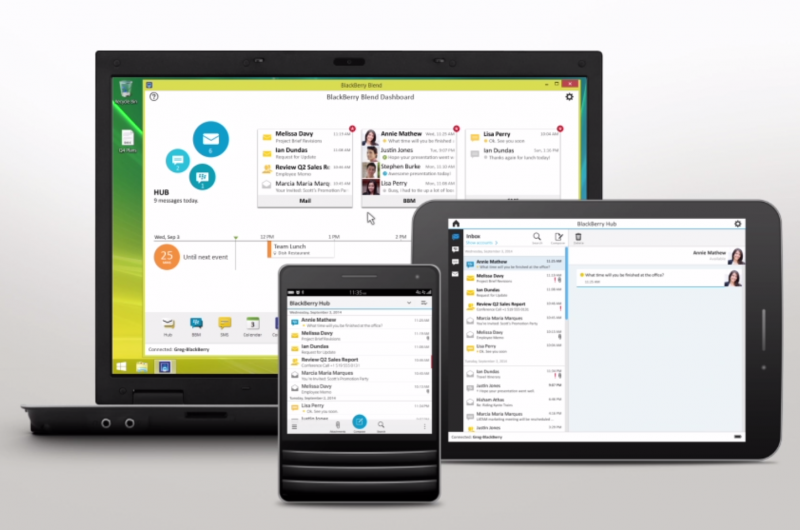 This is an absolute KILLER feature, as it lets you to pick up emails, texts and BBMs on a PC, MAC or tablet when you’re away from your phone (or can’t be bothered to take it out of your pocket).


BlackBerry Blend works across Wi-Fi, mobile data and via USB. The big deal though is the fact that Blend works on 3G and 4G. This technically means you can access your BlackBerry from a PC or tablet anywhere in the world, providing you have Blend installed and your BlackBerry device (wherever it may be) is switched on. 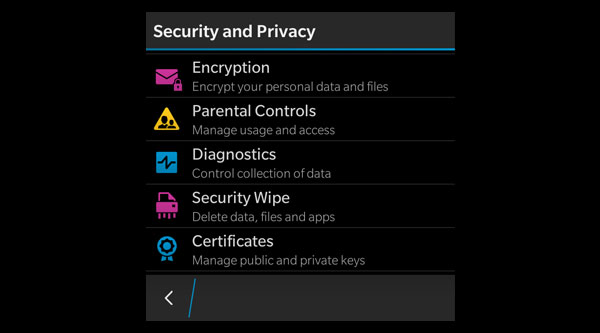 BlackBerry has always prided itself to be the most secure platform on market. This is largely why it has long been the favoured platform of multinational companies and banks on the globe since the 1990s. It does email, text message and IM encryption and can be used as a BYOD device at work thanks to BlackBerry Balance, a feature inside BB10 that halves your phone in two (one part for personal; the other for work).


From VPN, email and media encryption to private browsing. BlackBerry has it all as standard. 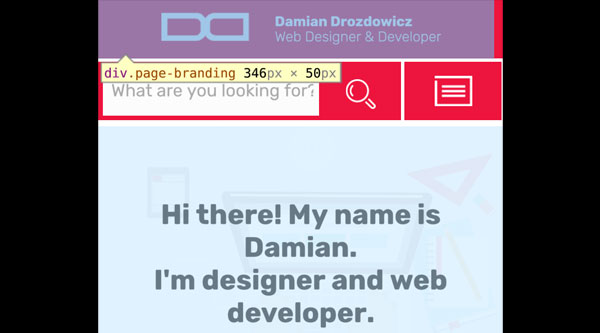 It’s a great device to test websites against Responsive Web Design features. Within 10 seconds you are able to open a server on your local network that will let you test your website. It’s one of my favourite features of BlackBerry Q10. What’s best, it’s available straight off the box without downloading any apps at all.


Within few clicks you can set up a local server and access it from your PC/MAC. It works just the same as Google Chrome Web Inspector. Hover over a piece of HTML and it all highlights simultaneously on your phone. It’s so much easier to debug undesired behaviour in that way.

This article was written and edited in its entirety on a BlackBerry. I love that QWERTY…

Check how is your website performing. Find out about broken links. Boost your SEO ranking. Receive an actionable feedback to your email!

Damian is a Freelance Web Designer and Developer. He's based in Manchester, UK (for most of the time). He helps companies of all shapes and sizes across the galaxy by making modern and friendly websites and apps - for over 12 years!

Get a monthly portion of inspiration and tips on how to improve your website.